We just returned to the house in Bradley Beach for the first time yesterday. Compared to many of the towns from Sandy Hook to Cape May, our town appears to have suffered relatively minor damage.

The dunes, which appear to have saved us from the worst destruction, have been largely destroyed. Many of the benches along the boardwalk have been washed away, but the boardwalk itself appears to be in good shape. The railings on the beach side and the stairs leading down to the beach have been damaged, or at best, buried in   sand.

A couple of the structures, most notably the gazebo on the border with Ocean Grove, have been destroyed, but many survived.

I noticed that a number of the houses along Ocean Avenue lost siding and shingles. From what I could see, the water only came about halfway up the first ocean block.

On Saturday, the town was busy removing the sand from Ocean Avenue.

Here are some of the pictures I took: 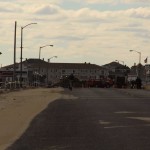 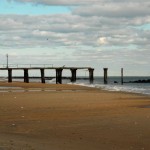 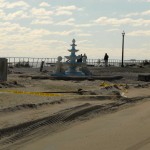 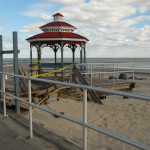 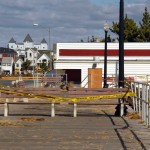 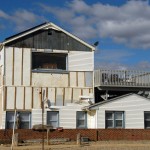 Siding peeled back on many Ocean Avenue homes. 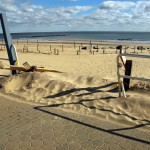 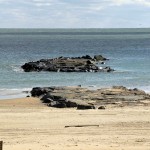 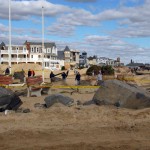 Former location of the gazebo between BB and OG 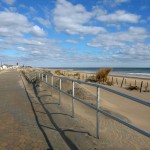 Moderator of The Bradley Beach Blog (bradleybeachblog.com).
View all posts by The Captain →
This entry was posted in Beach, Boardwalk, Bradley Beach Borough, Storm. Bookmark the permalink.